Cove School continues to improve with another increase in GCSE outcomes in 2019.  This is shown not only in the percentage of students achieving passes in both English and maths at 56%, but also in a five fold increase in the number of students gaining the highest grade 9s - a strategic priority for the school. 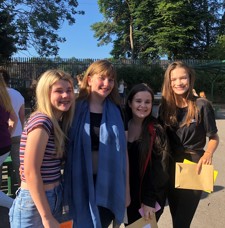 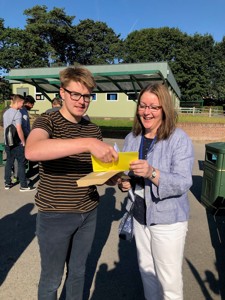 The focused effort on improving staffing and a dramatically improved curriculum means the school is firmly set on course for future improvements.  The headteacher, Dr King is extremely proud of the hard work, effort and dedication of both the students and the staff at Cove.  Almost all subjects made significant improvements from previous years, particularly in maths, history and computing.  Science remains a strength of the school, with 90% of students obtaining a grade 4+ in the triple sciences, along with drama where 80% of students obtained a grade 4 or higher.

We would like to congratulate the following students for their outstanding attainment in achieving a mixture of the highest grades: Julien Sicotte, Sreya Magar, Amelia Stratton, Rebecca March, Jack Mould and Adam Orme.