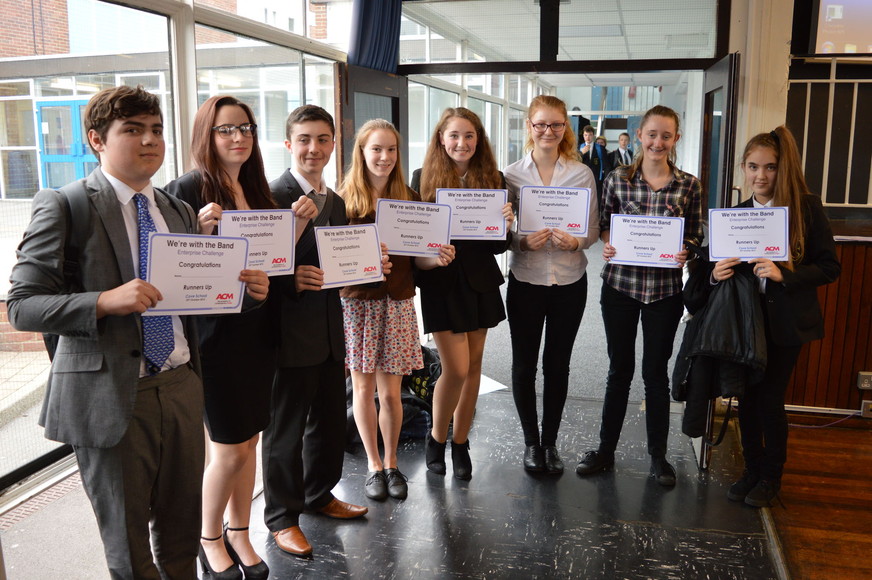 The first half term finished on a high for our Year 10 students when they took part in the Enterprise Day. The day was launched by the Academy of Contemporary Music, Guildford, who set the scene for the day’s task. Working in teams of eight, just like in The Apprentice, they had to elect a team leader and delegate tasks such as health and safety, design, finance and marketing. The brief was that they were a music agency who had to set up a concert for a new band who had recently signed with their record label. Teams were supported by business leaders and STEMNET ambassadors from Enterprise Rent-A-Car, British Airways, Qinetiq and Carillion. The students looked fabulous in their office dress and the effort they made in doing this really set the day off with a bang. They developed skills in networking and deadline meeting and a number of students were alarmed at the level of organisation working in business requires and remaining calm and focused under pressure. In the afternoon, once they had put their business case together, they then had to present to the panel of experts, who then put four teams through to the final, which was won by Ben Ruewell’s (the project manager) team: Jade Allen, Lewis Brannan, Mia Graves, Mia Chapman, Jordan Mills, Sam Burford and Chloe Pihan. 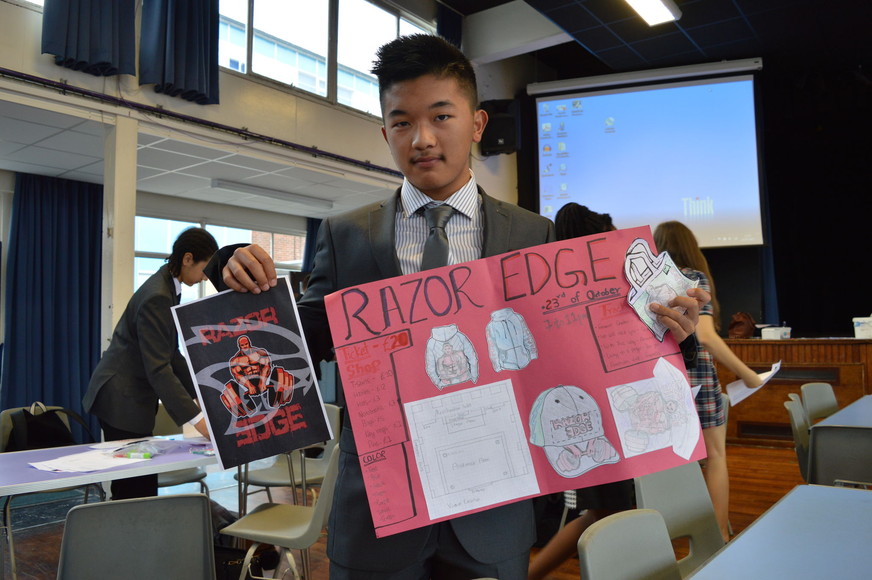 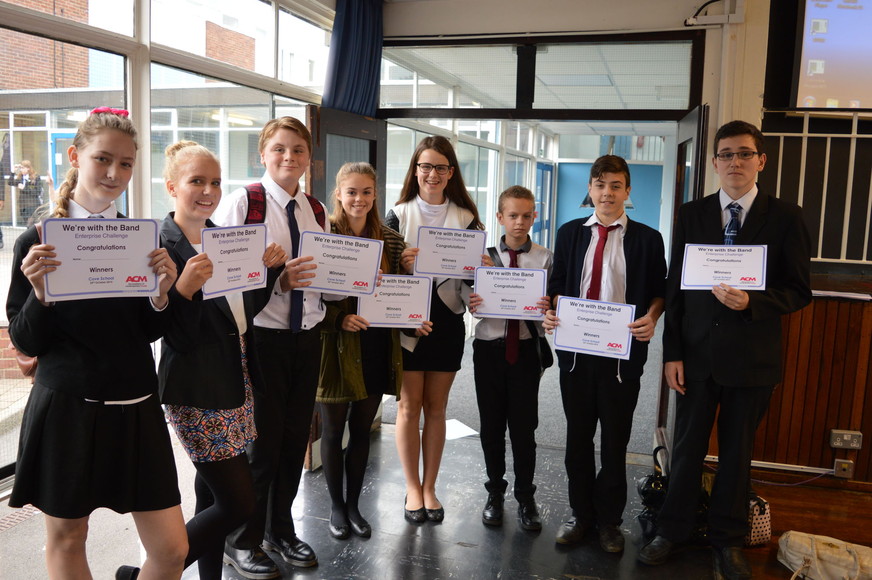