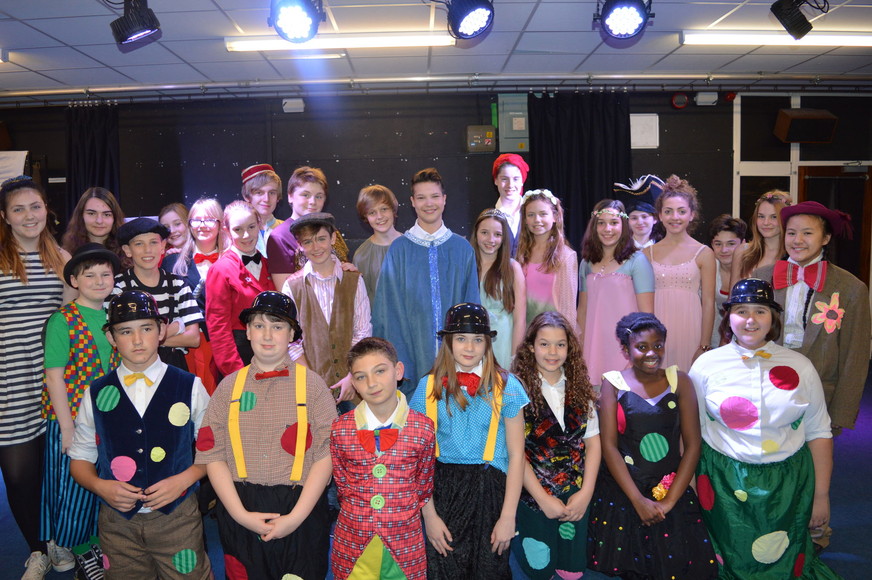 Students represented Cove School at The Haymarket Theatre, Basingstoke on Wednesday 4th November in the annual Shakespeare School Festival celebration with their performance of The Tempest. 1,153 schools signed up to take part. Our school teamed up with three other local schools: we performed The Tempest. Students worked tremendously well in bringing the play to life from page to stage.

Student directors Lily Wheeler and Mason O’Connor (Y11) showed a great deal of effort in leading the rehearsals and managing the organisation of the scenes which were well structured. Our performance feedback commented on the excellent pace of drama and stated that students had a very clear understanding of the text which was demonstrated through their different entrances and exits Lily and Mason, Darcy Burgess (Y11), Harrison Smith (Y10) and Nicole Daly (Y11) oversaw the technical and stage management of the show.

The cast wore colourful circus inspired costume this helped to demonstrate the theme of magic and the supernatural. These bright colours really stood out on stage and feedback included that the drama was ‘visually stunning’. The students worked as a whole ensemble company creating many of the locations and assisting with the storytelling of the piece.

The Tempest tells the story of an over thrown and banished Duke of Milan, Prospero, played by Callum Champion (Y9) who demonstrated excellently and with conviction his anger and frustration towards those who betrayed him. Twelve years have passed since Prospero was wrongfully usurped by his brother Antonio (Zia Marsh Y10), and assisted by Alonso, King of Naples (Ben Ruewell Y10). When Prospero’s enemies sail by the island that he and his daughter Miranda (Alice Bibb Y8) were shipwrecked on, he conjures a storm. All are washed up unharmed, but Alonso and his son Ferdinand (Louis Charlton Y9) are separated and assume each other dead. Antonio persuades Sebastian (Shoana Sully Y10) to attempt to murder his own brother, Alonso, thereby making Sebastian king of Naples. Meanwhile two drunken servants, Stephano (James Islip Y8) and Trinculo (Jamieson McIntosh Y8), conspire with Caliban (Sabeena Ale Magar Y8), an island creature, to usurp Prospero. With the aid of the nymphs (Sophie Thorogood Y10, Summer Vokes Y10, Beth Tanner Y9 and Lauren Denyer Y8) Prospero foils both evil plots and Miranda and Ferdinand are engaged.

Their performance of this story was truly magical in every sense and I would like to congratulate all students involved who all showed outstanding creativity and commitment to the project. We are hoping to revive the performance and show it at Cove School in the spring term. 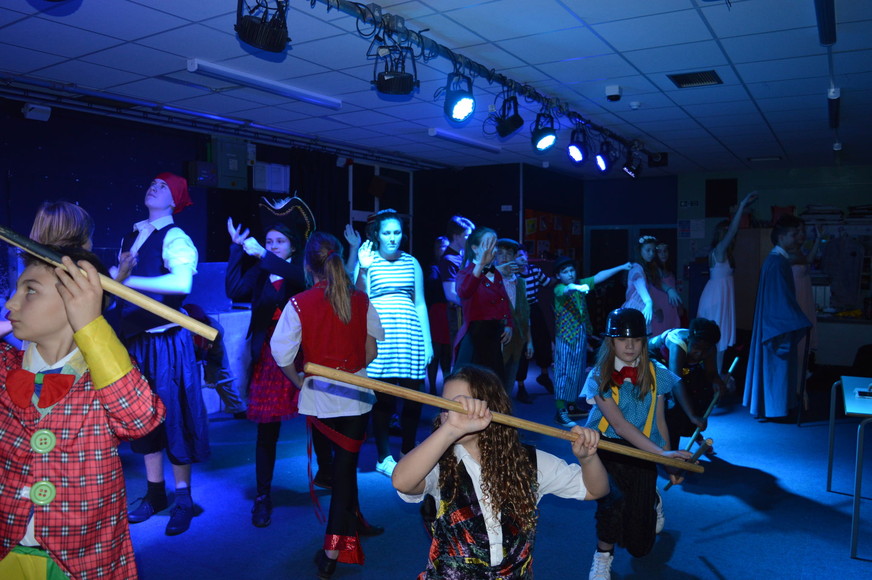 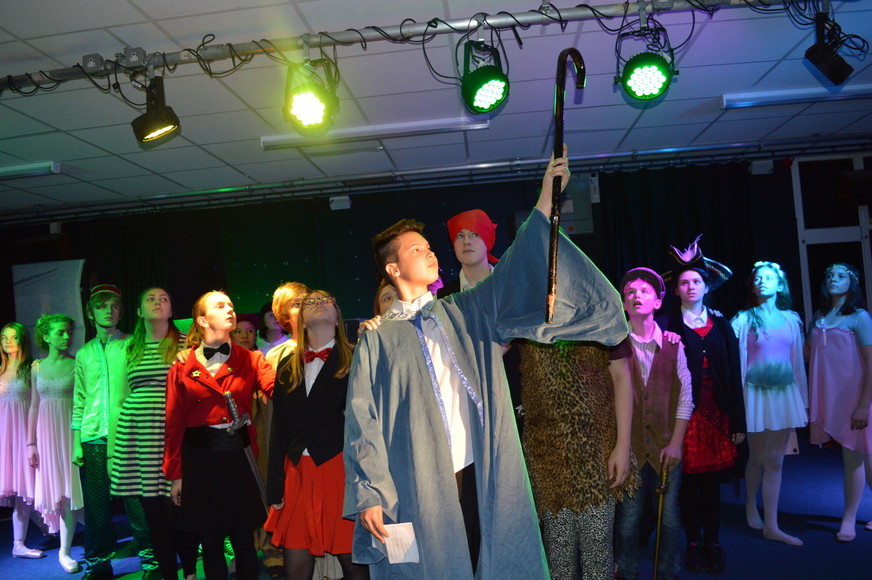